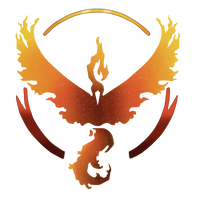 The Valiant Sphere refers to the known world under the the jurisdiction and rule of the Valiant Empire, the greatest dynasty in the history of the world that predates humanities awakening.

The Valiant Government also known as the Valant is the governing body of the Valiant Sphere as a whole, they oversee the nations within the Valiant Sphere, keeping them all in line and taking taxes and bodies that are used to upkeep sections of the Empire.

3 large countries compose the body of the main continent, with a number of islands and cities that surround it making up kingdoms etc.

The largest county and capital of the empire. Has the famous city known as the Capitol where the headquarters of both the Valiant Empire and the Legion Association are situated.

A collection of small islands and kingdoms known for its summer climate.

A collection of small islands and kingdoms known for its winter climate.

A collection of small islands and kingdoms known for its autumn climate.

The Legion Association (TLA) shortened to the Association, is the largest body of Desparado's in the known world. They are essentially super soldiers who act the behest of the Valant, undertaking missions both within and out of the sphere. Their operations and mainly revolve around Monster Hunting and combating Outlaws. A member of TLA is known as a Legionnaire. Structure & Ranking:

Retrieved from "https://purgatory.fandom.com/wiki/Valiant_Sphere?oldid=5266"
Community content is available under CC-BY-SA unless otherwise noted.